The sports sector facing a digitalized and transformative horizon in the next 5 years (II): E-sports 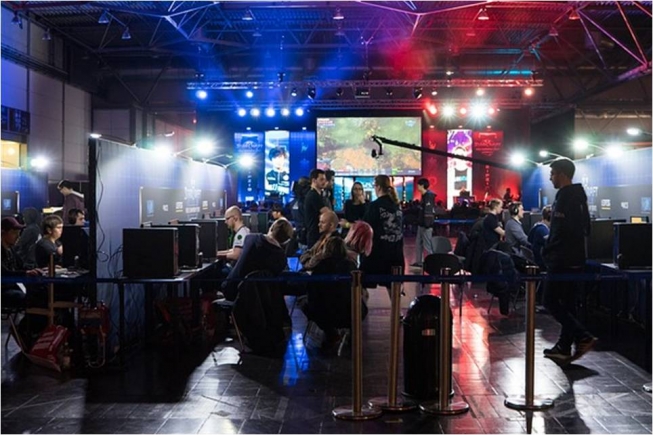 The sports sector facing a digitalized and transformative horizon in the next 5 years (II): E-sports

This is the second part of the current article ‘The sports sector facing a digitalized and transforming horizon in the next 5 years' (in relation to the analysis of the Pricewaterhouse Coopers (PwC) survey in relation to the sports industry. In the second part, E-sports will be treated as an emerging and transforming phenomenon of sports practice.

The study positions E-sports as another key factor for the growth of the sports market in the next 3-5 years. In 2017, the IOC already recognized them as a sports activity and this opened a debate about their possible inclusion as an Olympic modality. E-sports was one of the most anticipated topics that were discussed in the XIII Olympic Forum held in Barcelona, where it was important the interventions of Giacomo Modolo, responsible for CIO sports projects and AKAWonder, a Professional gamer.

In the study, although the positioning of 83.7% of the respondents is contrary to their inclusion as an Olympic modality, it is clear that the sports industry will have to take them into account considering that in 2018 it already moved more than 800 million dollars through of sponsorship, advertising and media rights companies.

Should E-sports be an Olympic modality? 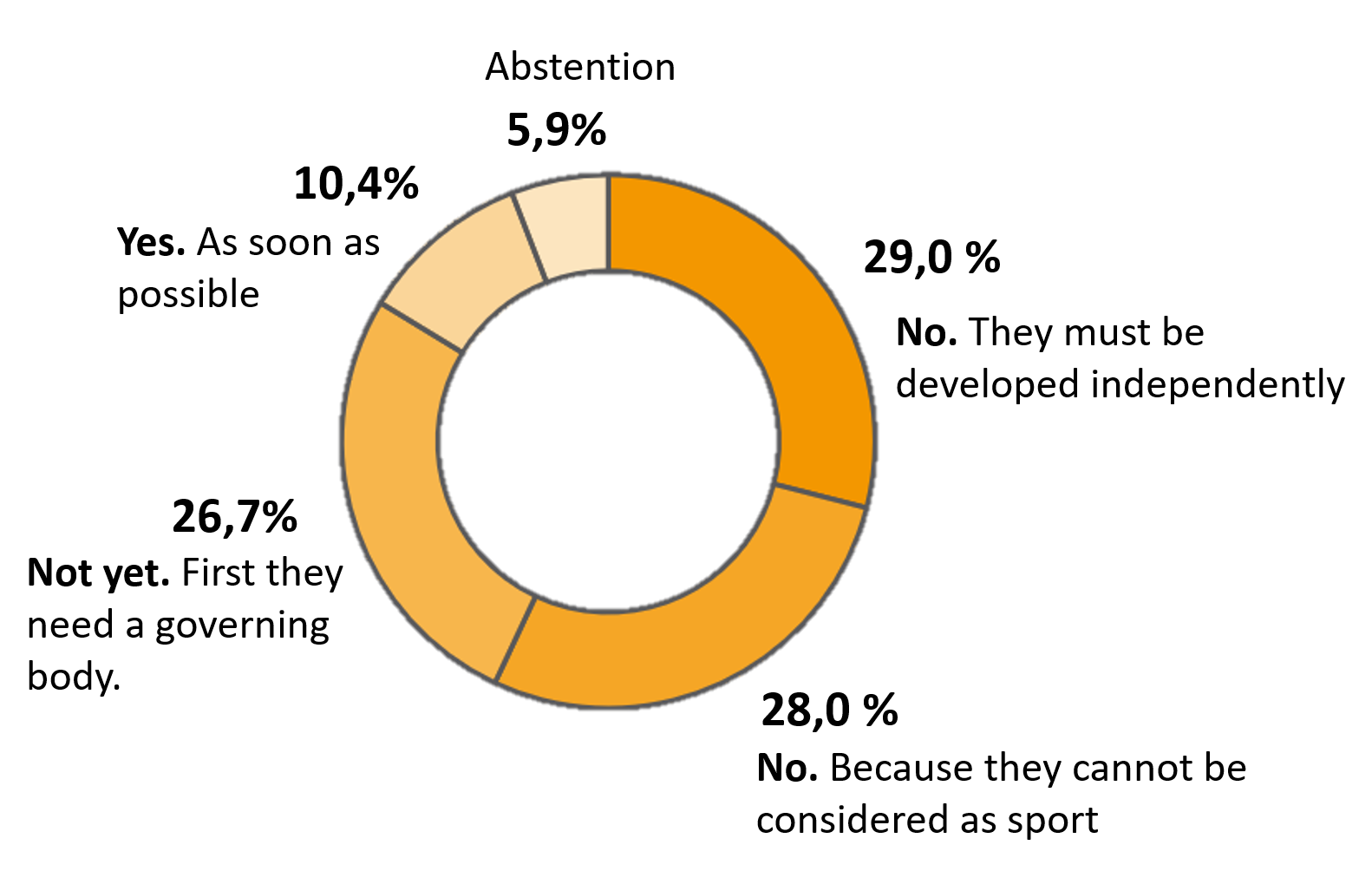 According to PwC's analysis, E-sports are in the first place in the top 10 sports in terms of growth potential at the level of global income in the next 3-5 years, surpassing even football and basketball, second and third respectively.

Having seen the global growth path that E-sports have followed in a few years and the potential they have to generate benefits through strategies based on advertising, sponsorship and media rights management, a 70.5 % of respondents believe that traditional sports will have to develop strategies to enter the world of E-sports. This happens, mainly, by the creation of teams to play the same sport but in a simulated way, to acquire or associate with an existing team, to extend the brand itself or to go to a new fan base, among others. Today, but 17.9% believe that it is still too early because the business model is not understood, nor the audience or the culture that surrounds it. Even so, the immaturity of its ecosystem is a factor that makes the industry, especially the European, take a position still quite conservative to respect.

Today the relationship between traditional sports and E-sports is still very early and it is difficult to say which path it will take, although both can learn a lot from each other. Beyond the decision to enter or not into the E-sports movement, the traditional sector can take note of certain elements that have made them become a social and global phenomenon to apply and benefit. Aspects such as the commitment with fans and the community, the format of innovative games, exciting content, and the construction of a team brand and the fact of reaching a global audience that has led to its success by attracting the attention of so many new followers. They can do that if the sports industry knows how to manage it in favor of traditional sport, this sector continues to grow at a very high rate, adapting to the new and increasingly digitalized generations. On the other hand, E-sports can learn from all the experience and the journey that traditional sports have carried out, such as, for example, the forms of organization at the structural level so necessary for them to establish a solid foundation. 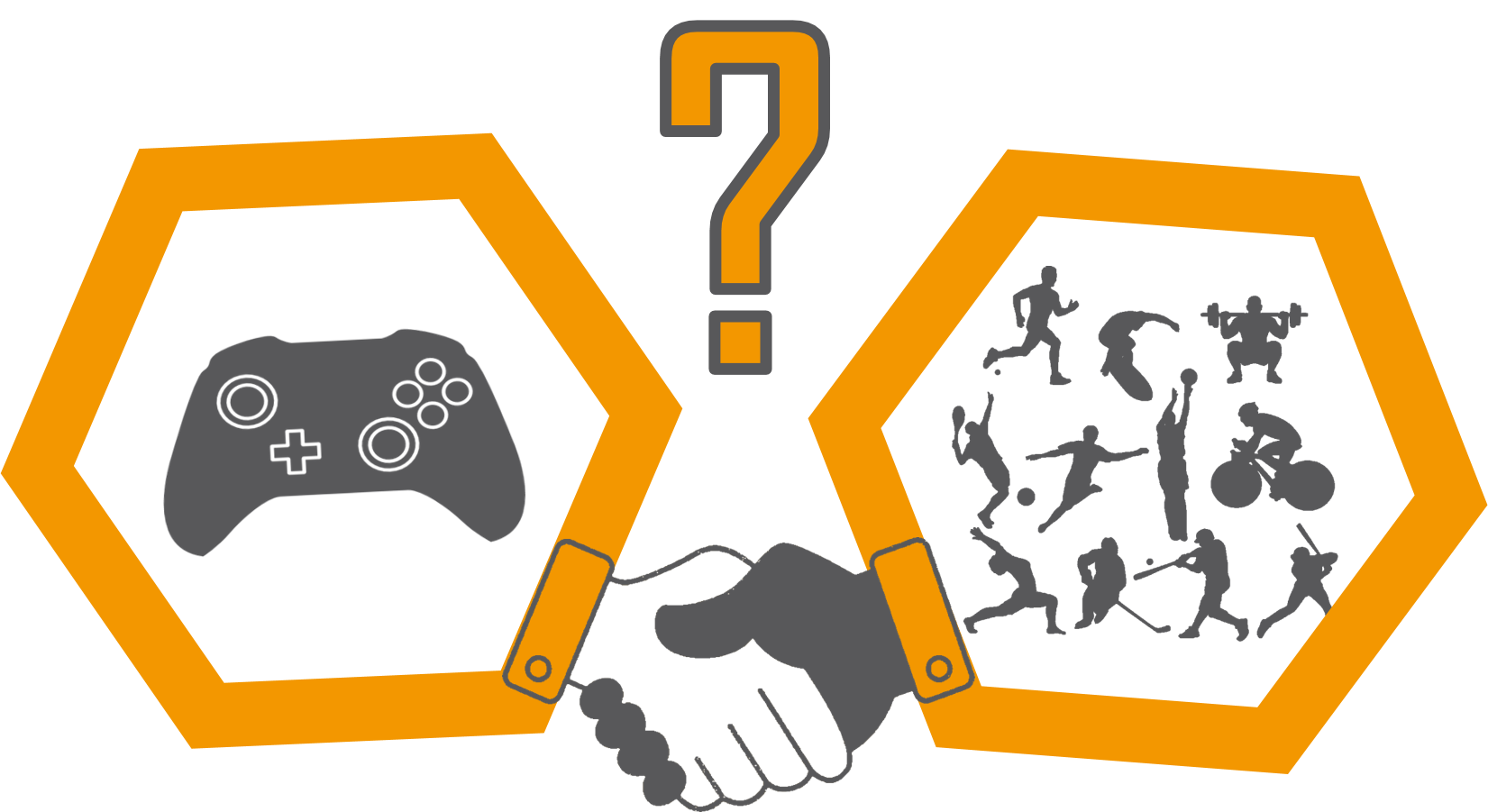 With the current situation and the future vision presented in the PwC report, what should be the positioning of the sports industry in the relationship between traditional sport and E-sports? Would it be possible to establish a Win-Win relationship between both sectors or is there a too large confrontation of interests?