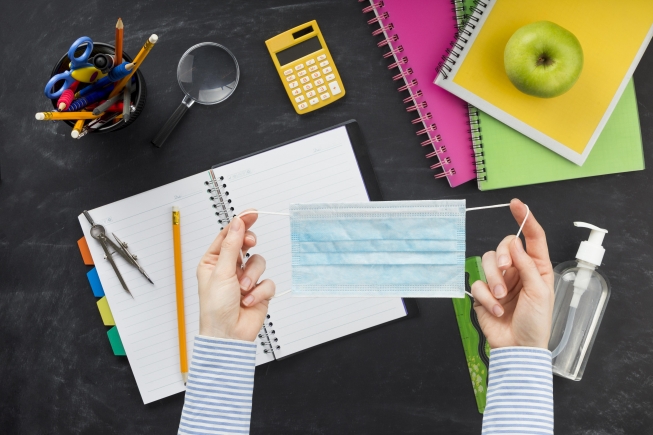 The Barcelona Provincial Council has promoted the project Impact of COVID-19 on Municipal Education Services with the aim of analysing and evaluating the impact it has had on the municipal educational services of Barcelona, excluding Barcelona city.

Itik Consulting has developed a study that has provided a real picture of the impact of the pandemic by comparing the pre-COVID-19 (2018-2019) course with the post-COVID-19 (2019-2020) course. The study was conducted through the perspectives of the different municipal educational services: kindergartens, music schools and adult schools. In addition, an analysis of the impact on the maintenance and cleaning services of educational buildings has also been incorporated. Below are the most outstanding results for each block of analysis.

There is a general decrease in applications and enrolment in the three types of schools. The services offered by the schools analysed are also affected by the outbreak of the pandemic, as day-cares reduce the supply of complementary services and care for early childhood and their families offered, and music schools stop carrying out community projects, for example. This situation leads to lower student loyalty, with an increase in the number of casualties widespread in the course of the onset of the pandemic.

|The impact on human resources|

The greatest impact occurred during the months of the cessation of face-to-face activity in schools, when some schools had to apply an ERTO to their staff, producing a slight but widespread decrease in the number of teachers on average in May 2020. An elevate percentage of nurseries that they have had to carry out some type of readjustment of the personnel, and this has been mostly on the rise. Most of the staff have carried out specific training to adapt to the situation, based mainly on preventive measures and virtual adaptation. Regarding virtual adaptation, teleworking has been one of the emerging and representative elements of this period. In this sense, the assessment of the means for teleworking is in the middle, around 3 (out of 5) in all types of centres, with music schools being the most critical in this regard.

In the field of maintenance and cleaning, the outsourcing of these services is increasing as a result of the pandemic in infant and primary schools and in schools for adults. Likewise, there is a general increase in cleaning staff and the hours allocated during the 2019-2020 academic year.

|The impact on economic resources|

A decrease in income from fees is detected in all types of schools. In this sense, the schoolhouse has had to face a generalized readjustment of the quotas from the face-to-face stoppage of the activity. As for current expenses, nurseries and schools for adults suffered a decrease in the 19-20 academic year, while music schools increased slightly. The personnel item also increased in music schools, as well as its weight in relation to total expenses.

In the maintenance and cleaning block, the closure of educational facilities in March has a general effect on overall spending in this area, with a reduction in spending on repair and maintenance and on cleaning and disinfection. In the latter case, however, the decrease is insignificant, and spending for this item increases its weight over total current spending, given its importance in the context of the health emergency.

A high percentage of the participants have applied some type of staff organization measure, such as increasing the number of classrooms to meet the ratios or distance separations between students. On the other hand, almost all of the participants state that they have taken some measure in terms of groups of students and spaces in the schools, such as the differentiation of zones in nurseries or a control of capacity in schools for adults, among others. Both music schools and schools for adults have held virtual classes when face-to-face activity ceased, with the most used platforms being Zoom Meeting and Google Meet.

Adaptation measures have also been taken in the field of maintenance and cleaning, such as the readjustment of the staff, mostly upwards both in numbers and in hours, the adaptation of educational facilities to be able to resume activity after the strike, as well as the preparation of a contingency plan with preventive measures to be adopted.

These results have made it possible to obtain a photograph of the impact generated by the pandemic in its first phase, giving both municipal entities and agents of the local education sector the possibility of anticipating and/or proposing future action scenarios taking into account the results of incidence obtained. We will have to see how the health crisis evolves in the coming months and at what level it affects the educational world, which has been making efforts like never before for two years to deal with an exceptional and unprecedented situation such as the one that is hitting society nowadays.