The evolution and current situation of women's football 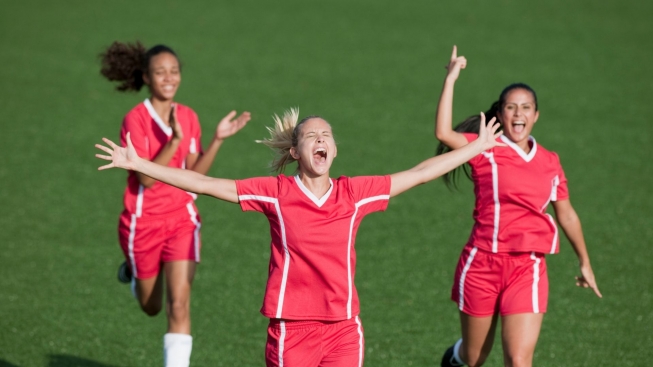 The evolution and current situation of women's football

Women's football has become a growing phenomenon today, overcoming social barriers and stereotypes historically linked to sports practice. This fact has allowed a paradigm shift, achieving a clear evolution in the concept of federative licences, as well as setting the bases from an economic perspective, where the different agents involved in the sports sector are aware of the enormous journey and talent that exists in the sector of women's soccer.

The context provides a strategic vision to consider, establishing policies that allow actions to be developed in the medium-long term to continue working on professionalization. In the case of Spain, there is a commitment from the CSD to contribute €5M to allow the design of strategic plans, thus investing in the transformation process of the sector.

Itik Consulting presents the most relevant data of the sector, encompassing them in different areas of action, and key elements to consider agreeing on the process, such as the analysis of the evolution and current situation of women's football, the infrastructures, and economic resources available, as well as such as the analysis of the internal structures of the clubs at a global and regional level.

Get to know the most relevant data and its main characteristics to consider for the evolution of women's football:

1. What are the countries with the largest federation licenses at the world, European and national levels of women's football? 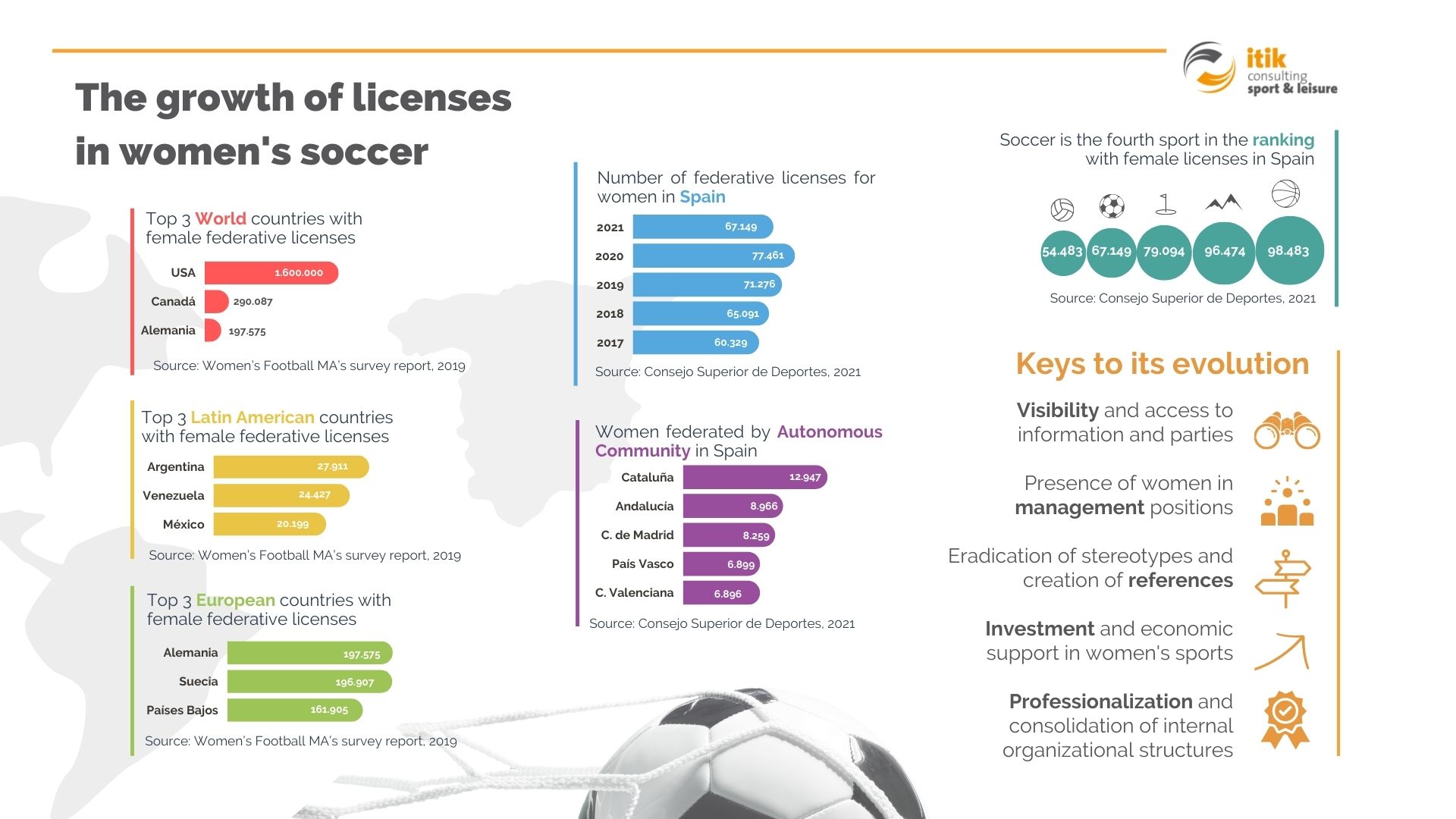 In terms of federative licences, we can see that football is in the fourth position in the state ranking, establishing figures that are still far from reference countries such as the United States, Germany, or Sweden in terms of women's football.

2. What is the internal structure that defines the clubs and the most frequent professional profiles?

The data shows the current state of women's football concerning the structure of its teams. If we look at grassroots football, 27% of the teams in the formative stages have exclusively women's sections, a relevant figure linked to the increase in licenses.

3. What benefits does quality infrastructure bring to women's football clubs worldwide? Do all teams have the same access to the facilities? 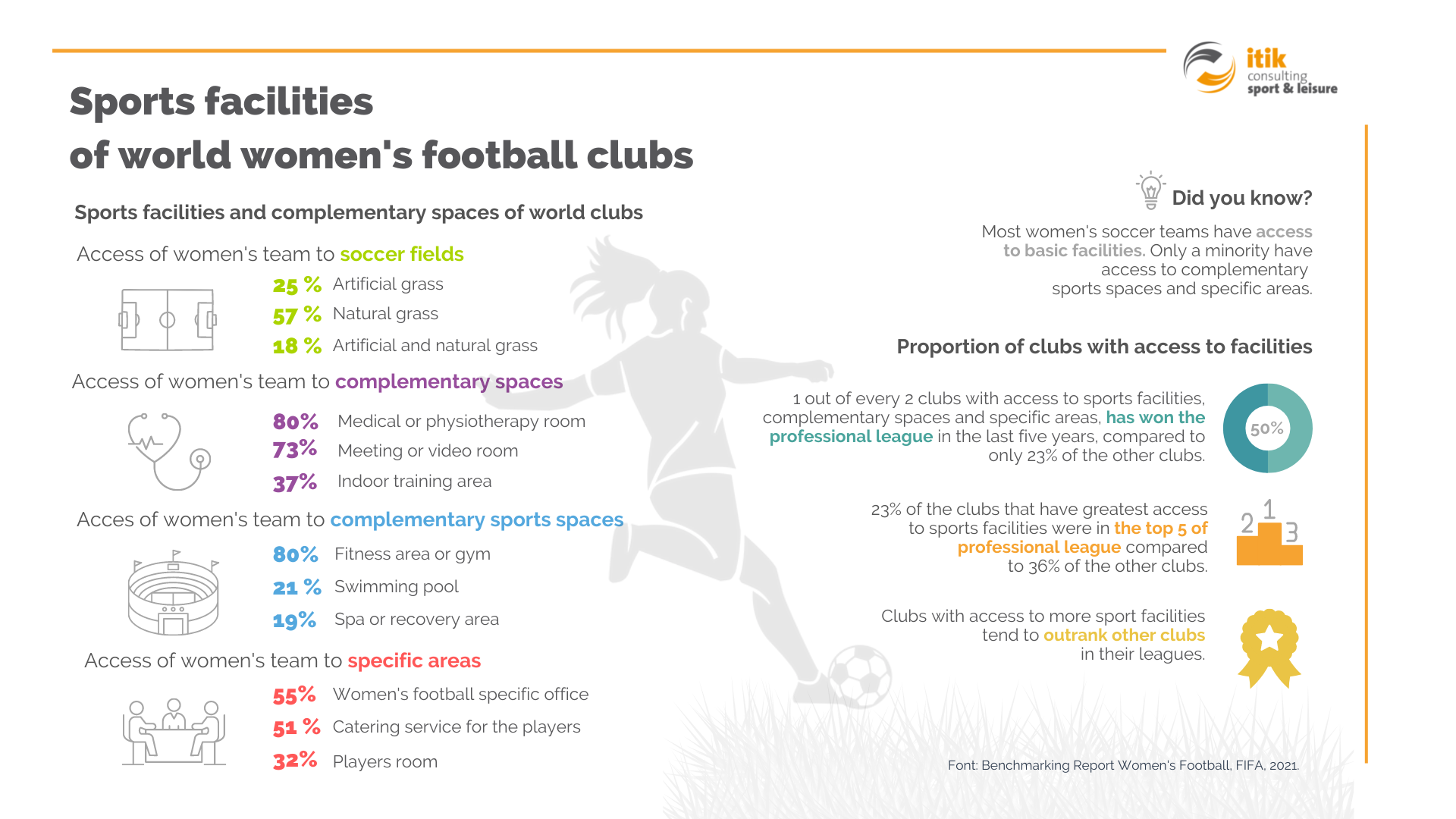 Women's football professionalization requires high-level facilities with specific areas and spaces that complement sports practice. It is related to each club resources, the time availability and number of teams.

Increasing the sports facilities investment is directly related to the club's increased performance and, therefore, to a better position in the league. Additionally, it will allow players and the technical team to progress in training sessions dynamics and matches and will improve the audience experience.

4. The economic balance and profitability of the world women's football clubs 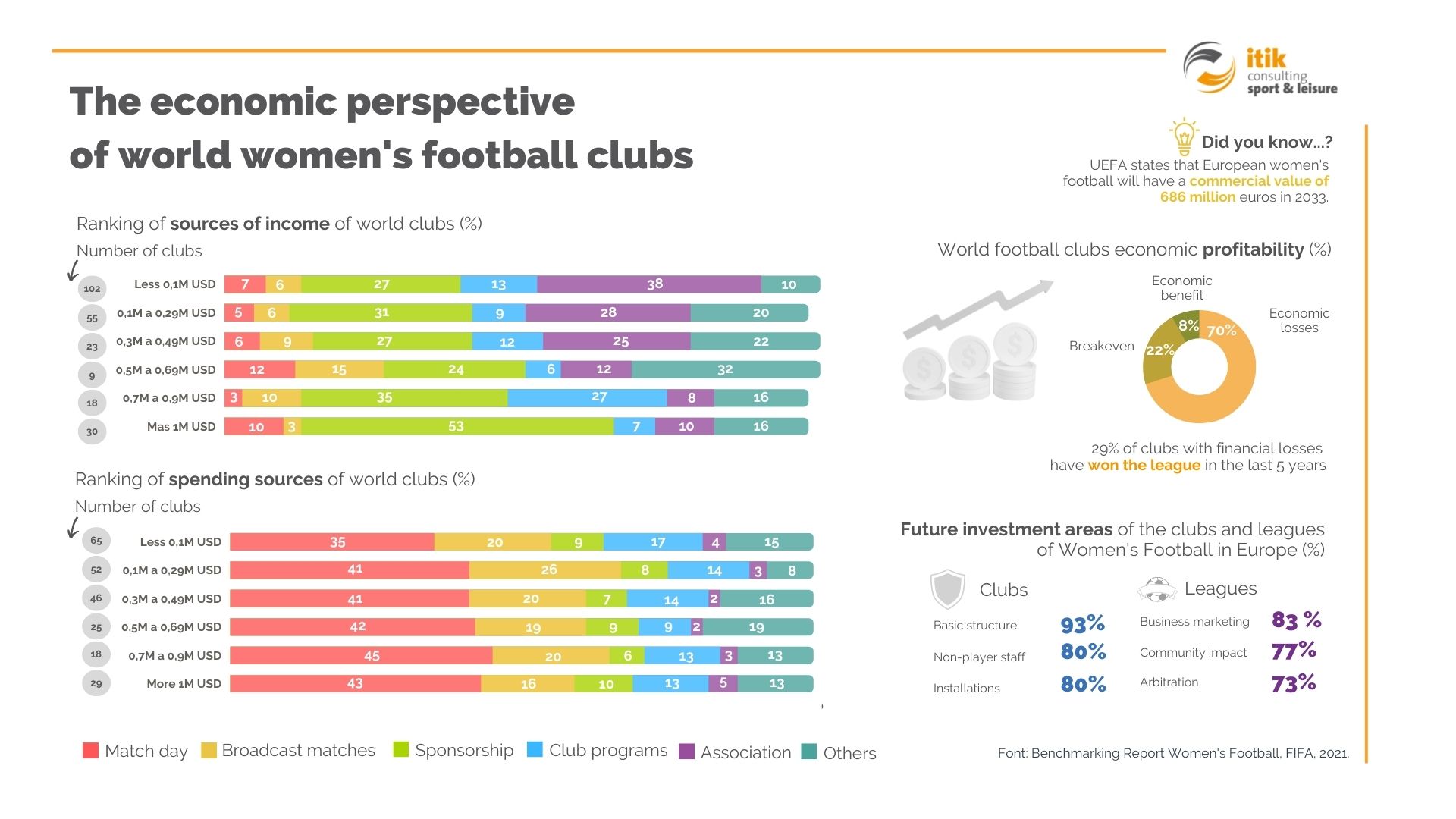 Sponsorship plays an important role in the club’s income, accounting for 53% of total income. Regardless of the economic-financial data, it is observed that the economic profitability does not have a direct relationship with the results of the clubs in the league, since 29% of the clubs with financial losses have won the league during the last 5 years.

The growth of women's football involves a change in the internal structure of the clubs, determining the need to create specific and professional jobs in the women's football sector. The internal structure of the clubs is the basis that determines the implementation of actions, considering the strategic bases and priority actions. Enjoying a solid and organizationally consolidated structure determines the quality of the service and the degree of commitment to the objectives set.

Thus, despite this global growth, there is a huge field to cover, considering the implementation of specific actions that guarantee the promotion, professionalization, and constant evolution of women's football.